I’m reworking over some of my early writings.

The Shredder – available to read online

My short piece The Shredder is available to read online on Friday Flash Fiction. Enjoy.

Reading at the Swan

I read three pieces of work at Swan Poets Café last Friday evening here in town.
For me this was the first time I had been, after being nagged by my writing group companions to attend for months  Everyone was most welcoming.

10 weeks to BREXIT.
My new passport,
still European red,
gives me 10 more years.
Is that all?
I feel the black hole of fatality shrinking options.

Kikuji is invited to a tea ceremony in honour of his dead father. The ceremony is conducted by his father's mistress Chikako Kurimoto who has taken it upon herself to as as go-between to organise a meeting for him to "view" a prospective bride Yukiko Inamura. However at the gathering is also Fumiko Ota and her mother who had been his father's long time lover at the time of his death. Kikuji begins a relationship with Mrs Ota which brings much suffering to all. After Mrs Ota's suicide, he transfers his desires to Fumiko.

Just as in the tea ceremony where every move is precisely scripted and choreographed, so every action of the jealous Chikako is laden with meaning. Control and manipulation in abundance, smouldering desires and fierce passions in equal measure are all told with incredible subtlety just like the minute movements within the tea ceremony, the shape of different styled tea cups and bowls, the bamboo whisk stirring up the liquid, mixing up leaf and water.

Kawabata weaves each object involved in the tea ceremony into his story, each with its own significance - a bowl owned by one mistress passes to the hands of another, who uses it to serve the son, becoming a poisoned chalice

But the perfection strived for in the tea ceremony is not found in life - bowls are broken, hearts are broken, life is taken, love is lossed.

ashramblings verdict 3* Kawabata's writings are known for their beautiful language, obsessive sexuality and contempt for the era. But this one suffers from a little too much repetition in the later stages -  it may be the translation although the translator Edward Seidensticker does have a respected reputation for translating number of Japanese authors, or it may be stylistic but its reasoning escaped me and detracted only in places from what is otherwise a lovely lyrical novella.

Review: The Blue Fox by Sjón, translated by Victoria Cribb

The Blue Fox by Sjón
Translated by Victoria Cribb
My rating: 4 of 5 stars

Baldur Skuggason is the pastor turned hunter intent on tracking and killing the mysterious blue fox roaming around the snow covered lands of Iceland in the 1883. The middle section tells us of Fridik Fridjonsson some sort of herbalist, who cares for a Downs Syndrome girl Abba whom he "adopted" after she was found shackled to the timbers of a beached ship. The author binds these characters together in a very credible magical tale. ****SPOILER ALERT*** Yes the pastor gets his comeuppance for becoming a hunter and for banning Abba from his church to halt her offkey passionate singing of hymns. It is not until the very end that Fridik tells the reader the truth he found out about Abba's origins and circumstances which led to her enslavement on the ship.

ashramblings verdict 4* Part mystery part folktale, it's beautiful! I especially liked the writing in the opening section about the hunting of the blue fox. This novella received the 2005 Nordic Council Literature Prize. This is second book by Sjón I've read, the other was Moonstone: The Boy Who Never Was - most impressed by both.

Both books are translated by Victoria Cribb who seems to translate a number of Icelandic authors. I need to investigate more of these.

Review: Six Stories and An Essay by Andrea Levy

Six Stories and An Essay by Andrea Levy
My rating: 4 of 5 stars

I bought the audio book of this some time ago just after reading her book Small Island and never got round to reading it. Now after watching the TV adaptation of her book The Long Song and watching an accompanying Imagine interview of her by Alan Yentob I resurrrected it.

Six stories and an essaay was first published in 2014. The essay covers much of what she covers in many of her interviews abouit her upbringing, her family, her awakening a a Black British Writer.
Each story is prefaced with an introduction by Levy. The first story "The Diary" is one she wrote whilst studying Creative Writing at City Lit in London - the classic creative Writing Prompt "You find a Diary....".

"Deborah" is a totally different voice, of a child, written in response to newspapers of the time being full of the story of child murderers .

The third story is entitled "That Polite Way That English People Have" which is readers' first introduction to the character of Hortense who is central to her novel The Small Island.

The fourth story "Loose Change" reflects on the unease felt in the relationships between immigrants of different times specifically here between a Caribbean one and an Central Asian one from different generations of migrations.

The next, is perhaps my favourite story, a short about people's fear of the Other, the inability to communicate even when speaking a common language because of the fear of the unknown, seeing only differences not commonalities in this case a common wellbeing for children as told by "The Empty Pram".

The sixth story is "February" one of Levy's stories inspired by her mother and written to order for a Waterstones diary.

Weirdly there is a seventh story, entitled "Uriah's War" on an important topic of the Caribeean men who volunteered and served in the British West Indies Regiments during the first World War, expounding their courage and discrimination.

ashramblings verdict 4* Levy is a great narrator! She makes her page words into somethingelse. The narration is a 5* one and if you are inclined to read this book I thoroughly recommend the narrated version, available via Audible.

His whistles call instructions -
to outrun, to cast, to gather, to drive,
to go, to come, to stop, to turn
the flock along the wall,
through the gate,
into the pen.

This bond betwixt man and dog,
built on activity and respect
as aged as these Wensleydale hills
speaks to a life fast disappearing,
overtaken by time’s rampage,
retained in trials and competitions.
Old-timers clinging to heritage
awaiting death of man or dog. 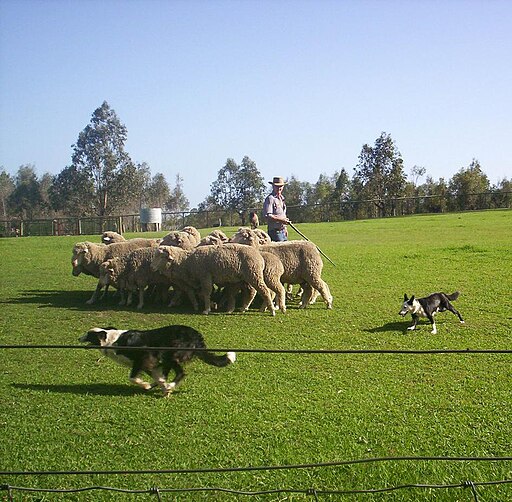 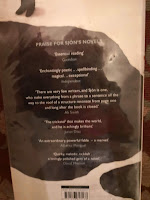