The Ice Princess at Hell’s Corner

The juxtaposition of the 2 books I just finished could not be more startling.  Camilla Läckberg is one of the new generation of Swedish detective writers and The Ice Princess was her first book, whilst David Baldacci is a thriller writer in his prime. Result – the Ice melted in the blaze of glory that is Hell’s Corner.

The Ice Princess
by

I borrowed the audio of this from a friend. Having been so taken with Stieg Larrson’s
Trilogy as an introduction to Scandinavian thriller writers I wanted to give another one a go. Sadly not in the same category.

I don't normally read or listen to abridged versions which this one was. It was OK. Reasonable plot, reasonable characters , not a particularly strong central one for a detective for whom there is a now a series of books. For now I shall put this down to the editing and abridgement for radio and may give another one a go as and when. 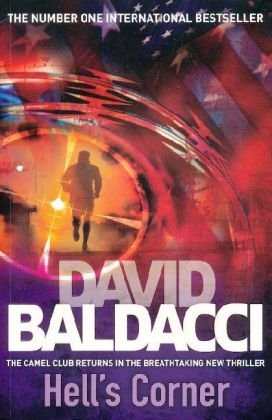 I have got totally hooked on The Camel Club series, by its characters, by Baldacci’s style and the voice of the excellent narrator  Ron McLarty

The assortment of characters that make up the Camel Club are very real, with clear, true voices and brilliantly delivered by the narrator. Readers of my previous blog post will know just how much I am loving reading this series

The 5th book in the series definitely does not disappoint, if anything it is the best so far, the rest were good, this was outstanding. A roller coaster of a great read, ducking and diving, wrong turns and diversions as Oliver Stone unravels the mystery behind  what appears to be the accidental triggering of a bomb without a target inn the grounds of Lafyette Park, opposite the White House in Washington, DC. The plot twists and turns in abundance: in the hands of a less accomplished thriller master this would wear the reader down, not so here. Hooked is inadequate a word, as is my 5*

ashramblings verdict :  5*  If you have never tried a Baldacci, do. Start at the beginning of this series and read them all even if it is only to enjoy the tumultuous piece of thriller writing that is Hell’s Corner