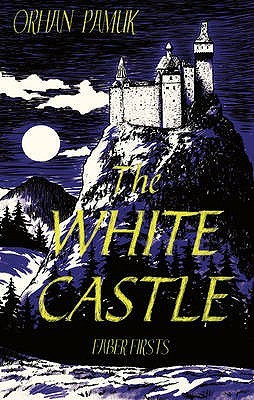 A young Italian sailing from Venice is taken prisoner by the Turks and sold into slavery in Istanbul . His master, the scholar, Hoja, is his double. Realising the new slave has some intelligence Hoja wants to know everything his slave knows, everything about Western science, technologies and medicine. But the slave’s knowledge on such matters come only from books and is soon exhausted, and Hoja’s quest for knowledge turns philosophical as he wants to understand why they are the people they are.

Over the years, the relationship  between the two men changes, from master and slave, to teacher and pupil, to comrades, through a sadistic mix of love, admiration and hate. Pamuk charts this complex relationship as it undulates through its highs and lows like any marriage or partnership, undergoing periods of dominance by one followed by periods of superiority of the other. Some times his writing achieves this better than others, at least for this reader as some parts flowed better whilst others were very dense, heavy going and oftimes boring. But it is an ambitious work to map the intricacies of changing personas of Hoja and the young Italian, through their swings and roundabouts as they court the young sultan and become powerful players in his entourage. Over the years Hoja and the young Italian in turn provide the educational and guiding influence that the young ruler needs as he ages and grows into his rule.  To aid him in his war they develop a weapon to end all weapons, which fatally proves a real failure in actual battle, literally getting stuck in the mud as the sultan’s forces try to take the White Castle. It is their undoing. With growing scepticism and hatred for the role of the Italian in this defeat, Hoja and the Italian, swap lives and Hoja heads back to Italy, ostensibly as the now freed Italian, who remains in Istanbul as the aging Hoja.

In an interview  Pamuk has said that the relationship between the young Italian and Hoja is based upon his relationship with his own brother - a competitive, complex relationship, in which his brother represented for the young Pamuk authority. He has translated that into a depiction of the issues of identify which can be seen to mirror the split persona of Istanbul – part European, part Asian, part Western, part Eastern, part Christian, part Islamic. In the interview Pamuk says, “On the other hand, this theme of impersonation is reflected in the fragility Turkey feels when faced with Western culture. After writing The White Castle, I realized that this jealousy—the anxiety about being influenced by someone else—resembles Turkey’s position when it looks west. You know, aspiring to become Westernized and then being accused of not being authentic enough. Trying to grab the spirit of Europe and then feeling guilty about the imitative drive. The ups and downs of this mood are reminiscent of the relationship between competitive brothers”.

I suspect the ending of the book is open to a number of interpretations as regards the ultimate fate of the two men, who is where, who is who . How much this is intended by Pamuk I can only guess but judging from his interview comments I would say that any confusion about who is where living which life mirrors much of the duality that is Istanbul still today.

ashramblings verdict 3* : a intricate conversation about the complexities of identity and the power plays between participants in a relationship or personas within one individual.