Judge not others by who they appear to be 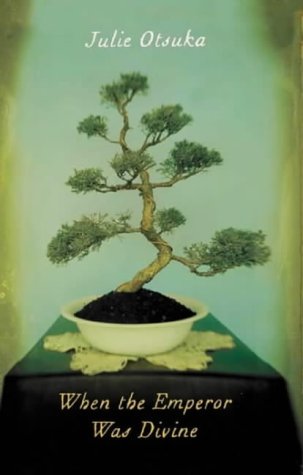 When The Emperor Was Divine

Unsentimental story of a Japanese American family from California, split up and interned during WW2. The father is taken away in his slippers, interrogated and interned in Texas: the mother, daughter and son have time to pack before being interned in a camp in the deserts of Utah.

In a matter of fact way Otsuka tells the story which must have been the same for many Japanese Americans in that time. Her style of short simple sentences, makes this short book (144pg) a rapid read, but they also convey the monotony, boredom and hardship of their lives - the mother clinging onto her house door key, trying to maintain her sanity and self respect, the children growing up in their 3+ years away, their dreams of their father’s return, the short, censored letters back and forth to him. All these things pace out their time in limbo.

Their eventual return to their old home after their time away sees it, luckily, still standing, albeit in a poor state, trashed inside and without the promised rental income from the agent in who care they had left it. Their adjustment back is just as difficult as their adjustment going. Things are not as they dreamt they would be. The house is filthy, the neighbours antagonistic or ignoring, their 25USD ( the same as a prisoner’s release money) doesn’t go far and the woman struggles to find work. Their father returns an old man and never readjusts. Powerful passages showing the various roles the Japanese Americans held before the war and the resultant subservient stance imposed on them afterwards by their experiences, treatment and survival.

ashramblings verdict 3* an incredibly sad story, all the more sad as it records the collective experience of a generation in a shameful part of the history of the USA.