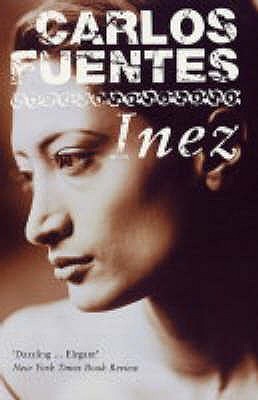 Can a reader truly understand a book which is so dependent upon a piece of music which she doesn’t know? I pose this question to myself early on in my reading of this novel and again at the end when I find myself none the wiser and still not being able to answer the question. I am left with a feeling that this is a better novel than I, lacking in awareness of the music piece, am able to appreciate.

The ageing European conductor Gabriel Altan-Ferrara is about to undertake his final performance of Berlioz’s The Damnation of Faust, a piece of music that has been forever associated with him and with the love of his life, the red-headed Mexican singer, Inez Prada. They had first met in the 1940 London Blitz, then again in Mexico City in late 1940s, then in the Swinging 60s in London where they produced a dramatic production of the work. There relationship, on and off stage, was intermittent and passionate – he in control of her on stage, she in control of him in bed. Both are ambitious artists: together they create a sensation on stage, separated in life they wallow in memory and regret.

Alongside this narrative there is a parallel one retelling a creation myth of the meeting of early man and woman, neh-el and ah-nel. Fuentes makes their discovery of language into a song, into music. This primeval love affair and the modern one merge in a moment when Inez, ah-nel and Marguerite (the operatic character being sung by Inez) become one in an incredibly visual operatic scene ( which I’d love to see filmed) conducted of course by Altan-Ferrera, long black hair flowing like a handsome Faustian Lothario.

This short novel (150 pages) is an intricate exploration of love, art, beauty, death, colonisation, a reworking of the Faust story where Faust sells his soul to the devil for glory and power. It does leave me considering who exactly is portrayed by  the brother we never see except in a photograph which clearly has an impact in Inez when she first sees it and may even be the reason why she  brushes of Altan-Ferrara’s initial attentions – is this the real man, the pure one, not the one who sold his soul, the “other” European who did not colonise? I am also not at all sure about role of the child in the merging of the women and the female genital mutilation aspect to the primitive narrative. Nonetheless, I am very pleased I read this book, confirming once again my love of Latin American writers and their magical take on story telling making the reader’s imagination work to find a satisfying experience in her readership.

ashramblings verdict 3* A short, stimulating and intriguing intertwining of two love affair narratives, probably made all the better for knowing about the operatic storyline.