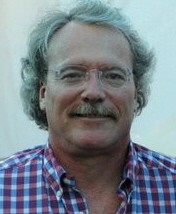 A Mexican Story by Alberto Barrera Tyszka
My rating: 4 of 5 stars

This story is available online at the Words without Borders website

Javier and best buddy Lencho work in the movie industry - Javier in lighting, Lencho in minor acting roles which have only twice been speaking parts, with the same few words before his character is murdered. Javier finds he is becoming infatuated with Lencho's wife, Hilda. "Which is stronger, friendship or desire?"

***SPOILER ALERT *** They begin an affair and are found out. There is a confrontation of sorts between the two men. This is a story of overtaking passion turning to apprehension and fear. There's just a hint of Mexico's troubles - the story Lencho tells of the drug lord, the home surveillance. The writer navigates this storm of emotions very well. I loved both the opening paragraph
My friend Lencho Mejía has been murdered thirty-seven times in Los Angeles, five in Tijuana, and once in a Romanian-Argentinian co-production filmed in Honduras, which came very close to being nominated for an Oscar for Best Foreign Language Film. Only twice, though, has he had the chance to say anything before dropping dead: “You fucking bastard!” On both occasions. He had to say it quickly and quietly, but he put a lot of feeling into it. Everything he learned from Stanislavski is encapsulated in those three words. Or so Lencho always says when, at home, after his fifth tequila, he gets out his videos and forces us to watch all his deaths, one after another.
and the ambiguous, linked, ending - did Javier pick up the "large sharp knife" in the kitchen or not?

ashramblings verdict 4* A really well crafted story. Alberto Barrera Tyszka was not an author I had come across but am impressed enough to seek out more. I believe this story is in his collection Crímenes. It is translated from the original Spanish by Margaret Jull Costa, whose name I do recall from translations of the works of Fernando Pessoa and José Saramago. There appears to be one minor aberration in the translation on the Words without Borders site which is when Javier descibes the green dress he has imagines Hilda wearing the text strays for a few short sentances into the second person pronoun, "you" when talking about Hilda, instead of the third person "she" used elsewhere in the text.