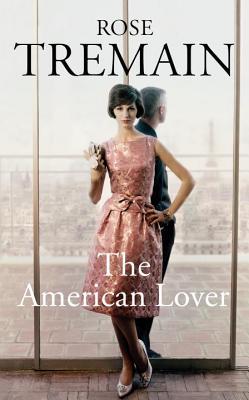 Story 3 – The Jester of Astapovo

From the Norfolk winter of story 2 we are transposed to a Russian winter in remote Astapovo  in Tremain’s working of the final days of Leo Tolstoy.

Her version of the story begins with Ivan, the station master at Astropovo,  failing in his attempt at a love affair with older Tanya Trepova to escape his marriage to a wife, Anna,  who never laughs at his jokes. He hides this from his wife who thinks he has been on an unsuccessful “mushroom-picking” trip. As he and Dmitri, the telegraph master,  sit drinking and philosophising over many a vodka, Ivan lists the various ways to escape their meaningless existence - “..the second is through religion….a condition of marvelousness attends you when you die.” I loved the humour Tremain  injects her characters as Dmitri replies “…What’s that? D’you mean the kind of feeling one gets after five or six vodkas?”

Escape comes when the world and Tolstoy’s wife descend on Astropovo following Tolstoy’s forced disembarkation at Ivan’s station through illness. Again Tremain captures the farce like qualities of the situation. Tolstoy is in the process of leaving his wife, and is forced to take up residence in Ivan’s house where he ultimately dies from pneumonia. Tolstoy’s plea of “Escape…I must escape…” transforms Ivan from a meaningless humble station master and thrust him into the spotlight to fulfil his destiny as the guardian of the final wish of the Russian hero, allowing no one to get past him to Tolstoy until the end. Once death has come the family and media entourage leaves Astapovo and inevitably Ivan heads of for a vodka or two wit h Dmitri and contemplates the events and his role in them for which he feels proud, forever changed but unchanged by the momentous historical events in which he has played a central role - “History itself had come to them and taken up residence with them for a while and was now abandoning them”.  In a mockery of the role of the telegraph in keeping Tolstoy’s family, the Russian people and the world aware of the Tolstoy’s predicament and deteriorating health, Tremain has Ivan’s wife send him a telegram announcing that she has left him to start a flower shop .

It is always difficult to work new life into a true story but Tremain does it deftly building both the character of Ivan and his situation, his sense of duty, of normality amidst the chaos that ensues. I do however feel the ending is slightly ambiguous – does his “The time for mushroom picking….has come” final sentences indicate a resigned return to his “meaningless” existence of a life pre-Tolstoy or a ray of hope for more amorous adventures ahead with Tanya or someone else? Somehow I think the previous life looms large on the horizon for Ivan and I can see him and Dmitri growing old together drinking their vodkas.

Jolly hockey sticks! Or in this case Lacrose sticks. Two school girls play at falling in love and decide to do so with the next person they see which turns out to be their New Zealand geography mistress Miss Delavigne. Swotting up on all things Kiwi their wangle an invite to tea where a transgression occurs. It has an impact on all three lives – the obvious banishment of the teacher, but which of the two girls is most affected? Minna who the rebels and says she is now grown up and shows off a picture of her summer boyfriend Jermey, or the narrator  who nicknames the now unoccupied teacher’s house with its broken window and flaking pain, Desolation creek after a place spotted on their NZ map search.

Again a story of the impact of loss.

ashramblings verdict – So far in this collection Tremain’s main characters have been trapped by their loyalties, desires and memories in situations they have no control of.