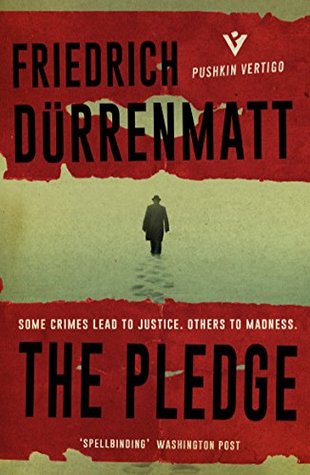 Book Review: The Housekeeper and the Professor by Yoko Ogawa

The Housekeeper and the Professor by Yōko Ogawa
My rating: 3 of 5 stars

The Japanese do love stories like calligraphy, delicate brush strokes full of meaning, subtle yet straightforward, simple yet complex.

In this novella, a single mother is sent by an Agency to housekeep for a "difficult" client, a Maths Professor who lives in a cottage in the garden of a larger home occupied by his sister in law, a widow. After a car accident he has only 80 minutes of memory cycle for events post that time. To aid him getting through the day he wears the same suit, studded with notes to help him remember things, like that she is his housekeeper and she has a young son, whom he has nicknamed Root. The three of them develop an unexpected friendship through a love of numbers, mathematics and baseball. Now I'm neither knowledgeable about mathematics or baseball, and that might bog some readers down but for me it didn't matter mucvh because what matters is that the writer conveys the Professor's passion about numbers and about his baseball idol Enatsu as a way of showing the man the Professor was but also still is, a passionate person who cares deeply about children and sees beauty in numbers and the evening sky.

The book is narrated by the unamed housekeep, looking back on her years with the Professor. How reliable a narrator is she? Well the book is her memories, one sided perhaps, but clearly full of tender affection for the man, and for the love, inspiration, attention and praise he showed her son, who ended up being a teacher. She of course does not know and so neither can we as readers what exactly the relationship between the Professor and his sister in law was leading up to the car crash, but we can hypothesis. From a practical point of view the idea of notes pinned to the Professor's suit is a bit unfit for the purpose of remembering, but serves another purpose - it makes him appear ridiculous at first sight, like a jester or fool which he is most clearly not, and as such serves to reflect how society often views and treats people with memory loss, dementia etc .

Book Review: You Should Have Left by Daniel Kehlmann trans by Ross Benjamin

You Should Have Left by Daniel Kehlmann
My rating: 4 of 5 stars

I came to this book upon finding Daniel Kehlmann' s book Tyll Shortlisted in the International Booker Prize 2020. I read a bit of background on the author, whom I had not come across before, noted that his first translator of all but on eof his previous book had died, and this was his second book translated by his new translator Ross Benjamin|. To me it is always a good sign when an author and translator build up a report and are a constant pairing.  Tyll was till very expensive to buy and libraries are still closed due to the COVID crisis, so I took a look at their other collaboration and noted that it is due out as a movie for streaming release on 19th June ( as I write this that is tomorrow) starring Kevin Bacon and was available at a reduced price as ebook and via Audible. So I picked that up as a starter.

It is a really short book only 128 pages, 2hrs of listening.  The story is set in an Apline AirBnB being rented by a writer, his wife and 4 yr old child, while he is trying to write the sequel for his screenplay. The book is set over the days 2-7 December. He starts to expereince issues with the house which at first amount to getting lost within it which he puts down to it being unfaniliar and to his focus on his work. The work is not going well. He has no sense of where his characters are going and his producer is threatening to replace him as writer if he doesn't deliver on time. As readers we begin to realise there is stress within the family unit, although the writer is our narrator so in that sense we have only one side, therefore unreliable, but engaging and in my opinion well written. It is as if we are inside his head. His thoughts are jumbled moving from the reality of the family situation to his organically growing possible dialogs for the screenplay. Once you get used to these fleeting back and forth, I quickly found it very readable.  This really helps as the novel develops in  many ways like a classic haunted house story. We get the red flag warnings and with the narrator we experience the phenomena he experiences, first as bad dreams, again very plausible with a stressed out imagination at work and finding it hard to rest. There is most definite sense of creeping horror. There is a real sense of disorientation and doom which is lightened only by his relationship with his daughter which is beuatifully written, with some very real touches of an adults perspective on constantly praising a child and reading inane children's stories again and again.  This relationship is key part of the book.

I'm impressed by this small book, can't wait for the movie to see how the director handles this, and oh yes I can see Kevin Bacon playing this role. Mr B aced another role choice.  Not only does Kehlman blur the lines between reality and  imagination, SPOILER ALERT he blurs dimensionalites in lines between ghost story and space/time. He curves space and time within and around the house  in a way that adds to the panic the narrator and we readers feel. I loved the device he chose for this, a simple plastic triangular set square we will all remember using in geometry class at school.