All was not as it seemed

Funereal black,
hat and shoes to match
she stands in church.
The bells were rung.
The choir had sung.
His coffin, nicely done.
Total conformity.
The essence of normality.
Blasted apart
by the crying woman in the purple hat.
Posted 31st October 2016
© Sheila Ash, 2016

Years ago for work I had the opportunity to stay at a very posh private conference facility in Belgium, I’ve forgotten its name, but will remember this for ever. Being a non coffee drinker, come after dinner coffee time, I ask for the unoffered a cup of tea, expecting a bog standard tea bag dunked in and left in a cup of tepid water. To my surprise the waiter bought nice cup and saucer, milk, sugar, teapot and a large, quality, wooden box. Inside were an array of tea bags. It took a moment to register as they were all the same colour, that they were a. They were a tea merchants own label and as I started to read the labels I was amazed. The best selection of teas I had ever been presented with anywhere, much less in a restaurant. They were all from Betjaman and Barton, a Paris tea merchant. I picked a Ceylon Kenilworth, thinking I couldn’t go wrong with something fairly standard like an Orange Pekoe. As soon as I opened the wrapping and saw, then smelt, the tea bag I knew I was in for a treat. I tasted it first without milk. It was beautiful.

For non tea drinkers, Orange Pekoe is a mid strength black tea, golden brownish in colour, not dark. Kenilworth is a single estate tea, not a blend. Most teas people buy in supermarkets are blends of two or more different teas. The 700-acre Kenilworth Tea Estate is located in the western hills of Sri Lanka, 100km East of the Sri Lankan capital Colombo at an elevation of 4,000 feet. The estate was originally planted with tea at the turn of the 19th century by an English pioneer who named the estate after Kenilworth Castle in Warwickshire, England.  This estate holds the record for the highest price ever paid at auction for its orange pekoe grade tea. The tea is a medium sized leaf, quite full bodied, coppery brown in colour, with a clean taste.

For the few days I was at the conference I sampled as many of their teas as I could. I was hooked. I took one of the wrappers back home with me and found them on the web. In those days there were not many internet sites based in the UK which were selling quality teas. B&B’s site was only in French, so I plodded my way through their descriptions of teas, the checkout process which was complicated by the fact that it did not expect delivery addresses to be written British style – consequently when my package did arrive it had gone round the houses a bit and taken a lot longer than it should have. I also like the fact that their site gave away small samples of tea with each order, so I could try others.

That was in the early 2000s. I persevered and worked out more about how their site functioned. I had a break from using them when I was abroad, but last year I returned to them and bought more “nice” teas. Now the internet site has an EN page, and all the descriptions and ordering instructions are in English, and the shopping basket and order tracking systems are like what one expects from online shopping sites nowadays.

Yesterday I took delivery of my latest refill of my much loved Jasmine Chung Hao tea.  I still enjoy their Kenilworth, and another favourite is Grand Keemum. My sample this time is Dellawa, coincidently another Ceylon tea. I had my first cup of it this morning – without milk, clear, medium strength, brownish liquor – delightful.

Sadly no outlet here in the UK, but if you are in Netherlands, Belgium, Italy, Switzerland, Canada, US or Malaysia you fair better. Without any inducements, I recommend them even at post BREXIT exchange rates, excellent favours, great quality teas.

The clock is already counting down.
The steps of change tread soft upon the ground.
Beware their speed is not the worry,
their slowness signals danger, not their hurry.

The frog put in boiling water
will panic at the thought of slaughter
and jump away, not slump and stay.
Yet put in cold, it’s not so bold
as slowly death takes its final hold.

Complacent, we took for granted that by our long ago chanting
of “we shall overcome” that we overcame.
Naively we still claim
that the glass ceiling‘s been supplanted,
segregation laws recanted,
the right to vote permanently implanted,
in the very fabric of our domain.

Only in 55 did Rosa Parks make her stand
against the demand
she give up her seat to a standing white man.
In 58 a boycott of Bristol busses
put aside those racial cusses
and finally taught us
there is no difference between us.

But today upon the train I see them dare
to challenge Ruza Hadiqa’s right to wear.
No longer a silent mumbled stare, they loudly declare
their demand that she vacate their promised land,
although they were born to the same midwife’s hand.

Down on a summer beach patrol the French police
To astound us all as they impeach the removal of a piece
of cotton cloth.
Where for cometh this caprice*
as it seeks to personify
her in her neighbour’s eye
as the all-conquering Ostrogoth**.

Social media routinely fires wild stories across its wires
seeking to beseech
Some with tongue in cheek
Others with serious outreach
aiming to bequeath the future removal of the 19th.

Out from the dark web the internet trolls
Amass momentum on TV walls
The gathering of satyric*** forces
mustering up their wide resources
ploughing their own political courses
across our realm.

Now out in the limelight, just like a bullfight
up on the stage, like a bear in a cage,
their candidate prances,
while the party spokesman dances,
stalking and plotting, mocking and groping
to get their hands upon the helm.

Let us not forget the sacrifices of suffragettes,
of mixed quartets improvising more than musical advances.
yes life’s a lottery of chances
that have been bought with more than speeches.
So rise up my sons and daughters
and do not fear to look abroad across the waters
don’t be shackled by thoughts of purely financial matters
don’t forget the circumstance of history that still brings the misery
of children dying on Greek beaches.

So seek and strive at every turning to build the quality of learning
to steer our life choices, to lift aloud our voices
to ensure that it comes to pass
as every voters vote is cast
we govern by the compass
of fair for all social justice.

*caprice - a sudden and unaccountable change of mood or behaviour.
**Ostrogoth - a member of the eastern branch of the Goths, who conquered Italy in the 5th–6th centuries AD
***satyr - one of a class of lustful, drunken woodland gods

She needed to feel brave.
She buttoned up her boots.
Best feet forward.

She wanted to feel comfortable.
She put on her blue serge coat.
Best hat.

She knew she was determined.
She needed not to stand out.
Breathe steady.

She eased through, approached the rail.
They parted politely.
In position.

As the soft turf sapped her legs,
As the hooves cracked her bones,
As hands and arms surrounded her,
She died
Crying “Votes for Women”

Emily Davison (11 October 1872 – 8 June 1913) was a suffragette who fought for women's suffrage in Britain in the early 20th century. She was arrested nine times. She protested by means of hunger strikes, and was force-fed 49 times while incarcerated.  In her last, fatal, protest, Davison stepped in front of King George V's horse Anmer at the Epsom Derby on June the 4th, 1913 and suffered injuries that proved fatal four days later.

There is some debate on whether she intended to commit suicide. I have taken poetic license with her story in this poem, but I have always thought that she had seen the futility of her previous protests and intended to make the ultimate statement and the ultimate sacrifice in the name of the cause she clearly felt deeply about. She was one of many who stood up to be counted in the name of social change. 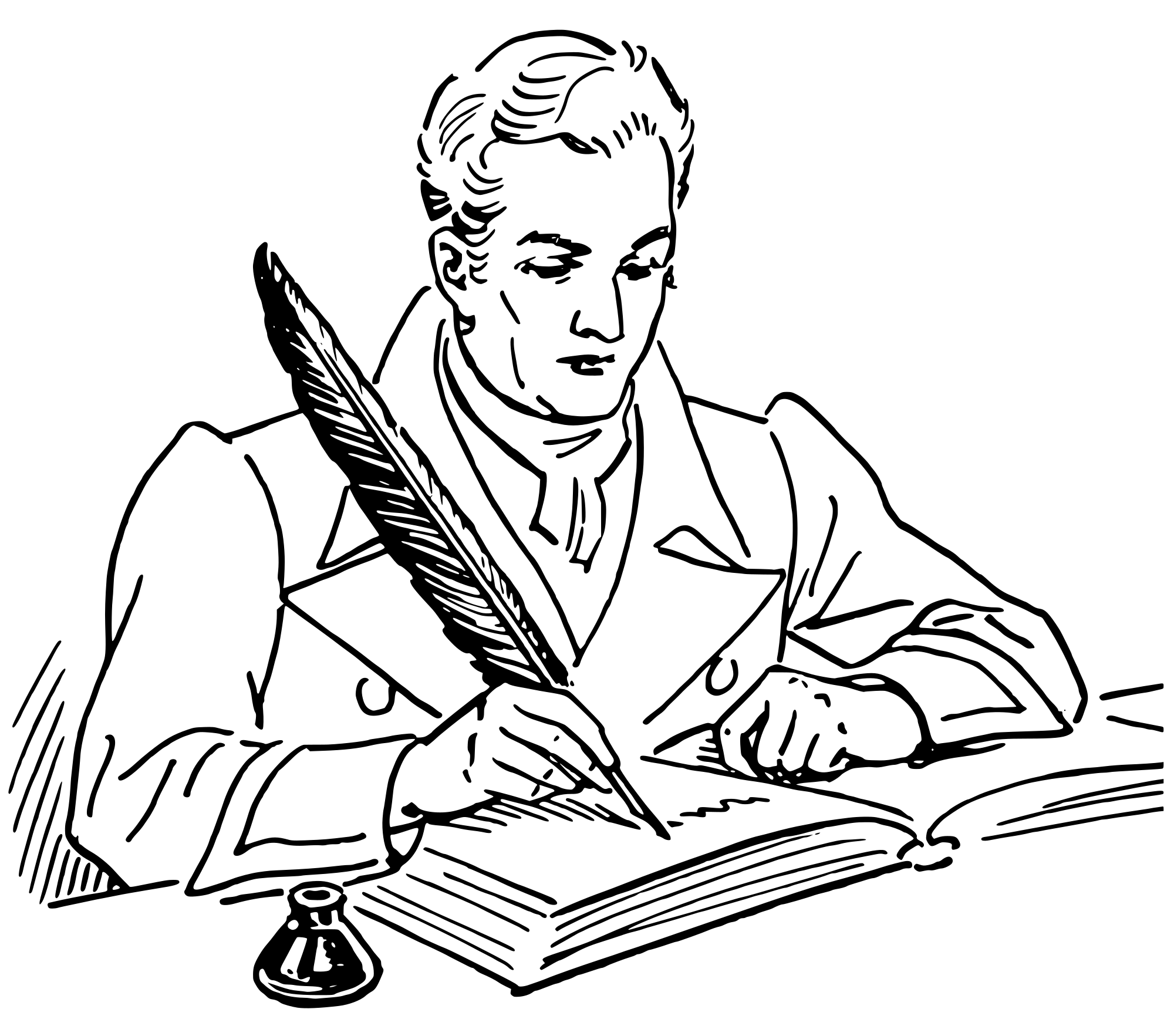 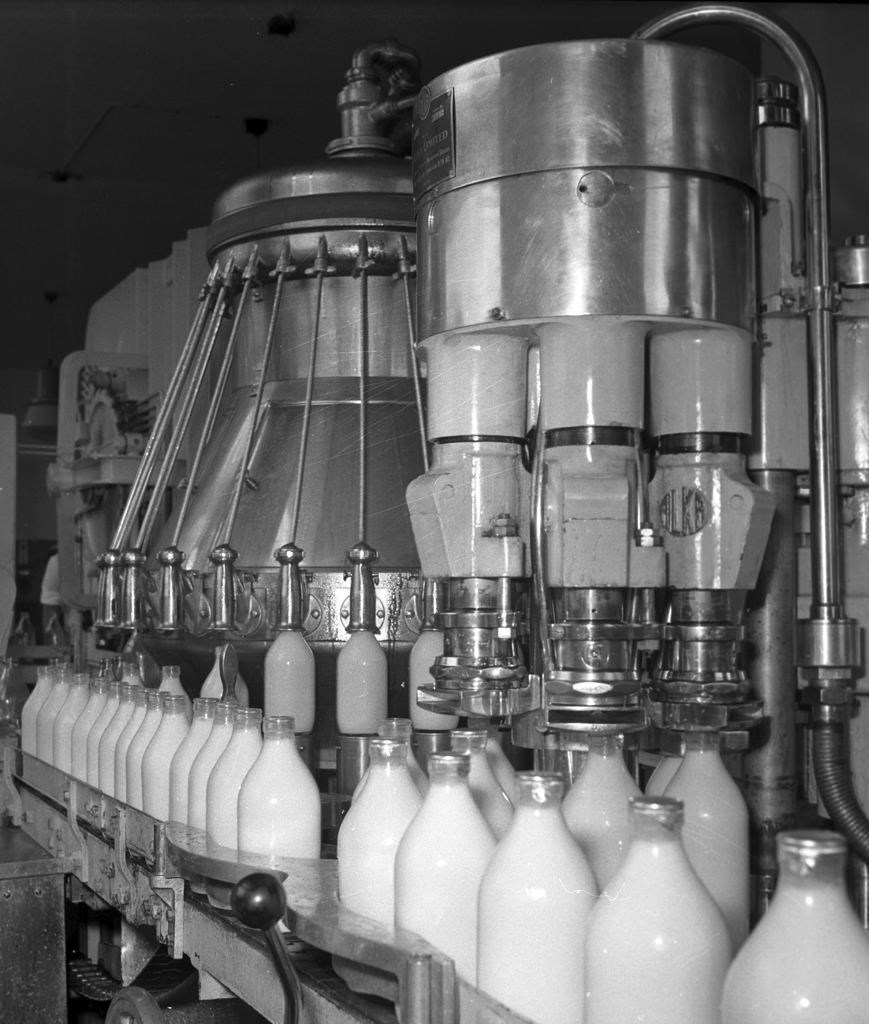 Up the stairs above the noise
Work the girls not the boys
In amidst the rafters shaking
Office workers count the takings.
Count the yellow, Count the pink
By their weight, their value synched.

Down again and on we go,
Mighty arms work to and fro,
Lifting bottles, clean and sterile,
In the air in shaky peril.
Back and forth in unison
Ready to bring the newness in.
Gathered from farms across the county
In flows nature’s white bounty.

Sealed with silver or with gold
A beautiful sight for a child to behold.
The Milk of Life delivered daily,
In the bottles splashing gaily.
Nothing lost, not a dottle*,
Into crates full bottles topple.
Against time the line still races
To make tomorrow’s doorstep places
To make your breakfast porridge full
To deliver free to me in school.

* A dottle is the remnant of tobacco left in a pipe after smoking. https://en.oxforddictionaries.com/definition/dottle

On every 1950s high street you could see them
Spruced up, suited and booted
Sickly smile in place
Chat up lines at the ready
to encourage weary faces to “smile for the birdie”.

Box brownie in one hand
Flash gun in the other
Grabbing unsuspecting passers-by
Day trippers with their ice cream cones,
Factory girls on their lunch break
Shoppers for the New Look
Passing out their business cards
“Just come and see,
No obligation,
Your own photograph”

These faded black and whites
Are found generations later
By new occupants
Converting attics for future children
For whom their faces, their streets, their clothing hold no familiarity
in a world where Instagram has replaced Kodachrome