I wrote these poems in 1998 during a holiday in Ireland with a friend who challenged me to write a four line poem, the first of the following was the result. The second I wrote after watching her write whilst on Inisheer, Aran Islands, and the third is for NB. What secrets lie on pages hidden
Whose paper folds like memories
Storing, indexing, archiving and retrieving
better than any neural net
for jogging visual cortices?

How do they enhance, solicit and inspire
from visions held in cranial vaults
your pictures, poems and stories? 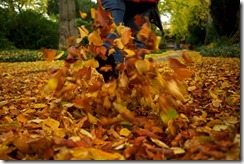 If I could see the stars you see
then that would mean you were here with me
or I was there with you.

When my sun is up, yours is down
this old world keeps turning round
to make my day your night.

We never see the same sunset
or feel the same breeze round our necks
or blowing up autumn leaves.

Maybe someday as time stands still
the distance between will become nil
and we shall see the same sunset
and feel that same breeze around our necks
as we kick up autumn leaves.