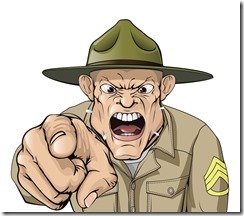 This is another short story by Paul Di Filippo from his collection Plumage from Pegasus. The story can be found online at https://www.sfsite.com/fsf/2000/pdf0008.htm

A coach load of novice editors arrives at their training facility and are met by God aka Michael Korda who flip flops between pleasantries and sergeant major commands mode “YOU MAGGOTS CAN CALL ME GOD!”

***SPOILER ALERT**** Di Filippo takes a poke at editors generally “let me particularize just a few of the visiting editors who have graciously consented to enlighten you. We’ll hear from Bill Burford of the New Yorker, who’ll instruct is in how to manufacture superstar writers out of wet behind the ears, squeaky-voiced creative-writing graduate students”

ashramblings verdict 3* As a writing student you are always told to consider your title last, after writing the story, so it doesn’t dictate how the story plays out.  This story is a classic example of this. From a reader’s perspective, one reads the title at the beginning and may have even forgotten it by the end. In this story the ending is an unfinished sentence, which leaves us wondering  what was said. Until the penny drops and we realise it is the title itself. Neatly done.