A weekend for silly love songs 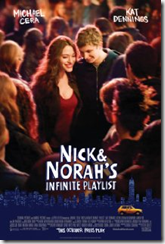 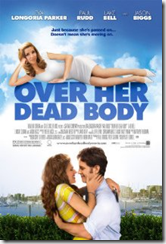 but I look around me and I see it isn't so.

Some people wanna fill the world with silly love songs

and what's wrong with that? I’d like to know”

Borrowed from a friend, never heard of it, didn’t know what to expect. A teenage adventure into love: dumped boy, still besotted, meets new girl. Old girl has new boy, but gets jealous. Boy realises new girl is best but new girl has boyfriend. New girl also realises new boy is best and dumps old boyfriend. So goes the tracks on the playlist of moments  during one night in the city that never sleeps, New York, as we are taken on a journey through the ups and downs of love.

ashramblings verdict:  (2*) a pleasant enough little jaunt through the ups and downs of young love

Over her dead body

One of those films that tries to do a Ghost, but without the stars, and without the characters, and ends up reminding one of the click of the fingers comings and goings of Q in Star Trek. The premise here is woman gets killed in freak accident on wedding day before the ceremony. Man can’t get over it, so sister takes him to see a medium who she convinces to help con the guy out of his grief using his beloved diary entries. Problem is the psychic and the guy fall in love. Then the psychic actually start seeing the ghost of the dead fiancée who is bent on stopping her getting her man. Some good funny moments, others seemed too staged and forced. I liked the energy that Lake Bell brought to the part of Ashley the psychic, reminiscent of Julia Roberts. A small key character part for Stephen Root done with characteristic brilliance.