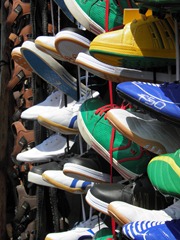 We took a trip to the weekly market in one of the neighbouring villages of Obi, still in Nassarawa State. Here are some of the sights of the village. A lovely day spent just walking around chatting with the locals, being asked to “Snap me” ie take my photo . I am always very careful about photographing people and always ask their permission, unless it is a crowd shot. Everyone was really friendly, including one old lady who stopped by me and when I said the usual Ina Kwana was rewarded with a long piece of Hausa which conveyed that she had never seen a white woman in this market before today.
A little later our guide from the YMCA came over with a local man who initially said he was interested in why we were here and taking pictures. I said the pictures were for family and friends back home so that they could appreciate where I was living as they had never been to Nigeria.  After much to-ing and fro-ing it became apparent that this interest was a rouse and he was angling for “ a complement”, in other words he wanted money to continue to let us take pictures. After much politeness, I gave up and simply said No to the complement and stopped taking pictures, leaving others to continue to haggle with him in Hausa. Leaving a bit of a sour taste in everyone’s mouth, we moved off to return to the market sellers who were selling fabric which a number of us were intending to buy. Much to the stall holder’s annoyance we said no more pictures when he said Snap me.
Otherwise the market and the stallholders were great – lots of life, colour, marvellous faces and displays. Small enough to be interesting, not too crowded. It sold everything – cosmetics, toiletries, shoes, clothes, fabric and food – your classic village market. 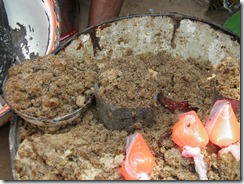 One item which interested me was the local soaps markets here alongside western style toiletries. 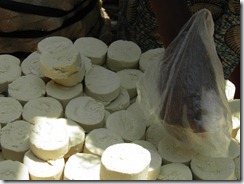 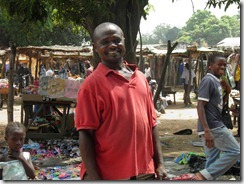 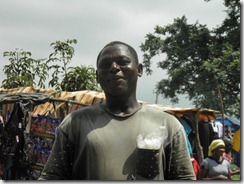 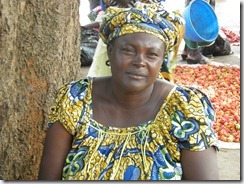 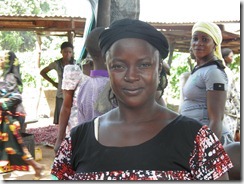 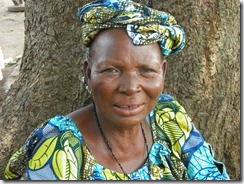 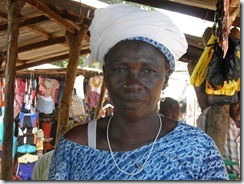 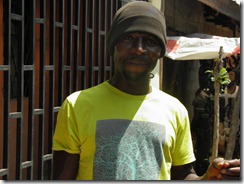 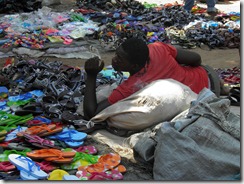 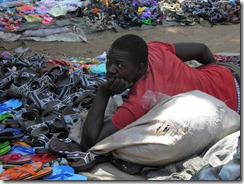 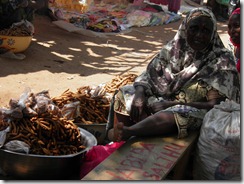 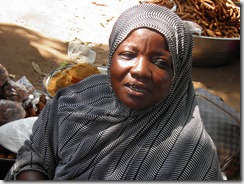 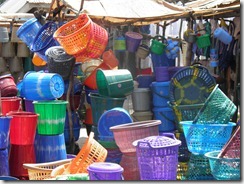 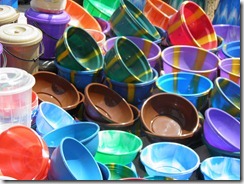 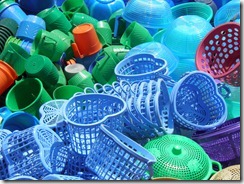 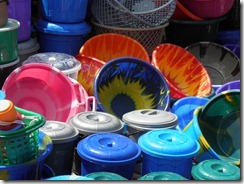 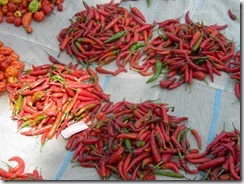 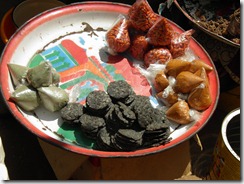 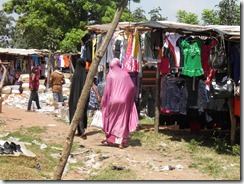 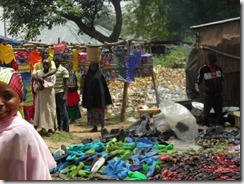 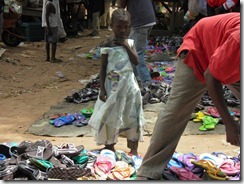 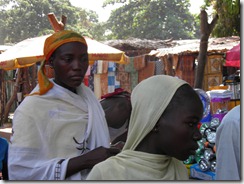 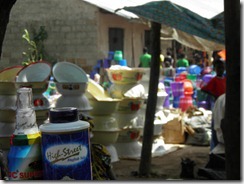