We each build walls to protect ourselves 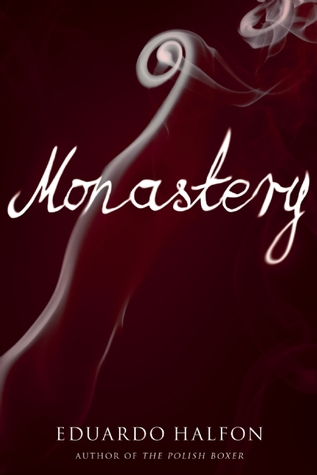 I read and reviewed his Polish Boxer late last year and was mightily impressed. In this his second book Halfon continues his flowing disjointed stream of stories. Are they biographical or not? Big question! They are however all about identity.

In the first chapter entitled “Tel Aviv was an Inferno”  we see the young man from Guatemala visiting Israel for his sister’s wedding. He is repulsed by the ultra conservative group she is marrying into – he fails  to see the young girl he recalls from their youthful days in the bewigged adult woman before him. As he leaves the ultra orthodox community, stones are flung at his taxi because taking a car is forbidden on Shabbat. The anti Arab sentiment he encounters in another taxi reminds him he is 3 parts Arab, 1 part Polish – his grandfather being an Arab Jew from Beirut, his grandmother an Arab Jew from Alexandria, his other grandmother an Arab Jew from Aleppo. He recounts his trip to the Wailing Wall , its touch only feeling of stone – which prompts the recall of his previous trip to the last remnants of the ghetto wall in Warsaw and the imagery it inspired in him. What touching something signifies also come up in his second chapter, entitled “Bamboo”, after the bamboo cage in which a poor indigenous family keep their son  - mentally ill or alcohol dependent?  As readers we never know the cause, neither does Halfon’s narrator, who wants to feel the reality of the bamboo, to not feel his own or his country’s indifference to such a situation. In the third chapter, entitled The Birds are Back, he feels like he wants to hug old Don Juan Martínez after the old coffee farmer has told him why has farm was called  San Andrés, why each of his 5 daughters were named, but does not say why his murdered son was so named – “I suddenly thought I saw his eyes begin to get misty, but the kitchen was dark and smoky and I couldn’t be sure. We kept silent for a moment, and I got a fleeting urge to hug Don Juan Martínez. Maybe for consolation. Maybe for his nostalgic tone and his sad and subtle sense of humour. Or maybe for reasons much more my own.”

The chapter entitled “White Sand, Black Stone”  to me seems to epitomise Halfon’s style. Ostensibly an account of him crossing the land border between Guatemala and Belize, it is a series of discrete yet connected snapshots of life and coincidence, mixed with memory (his grandfather’s ring) , imagination ( how the ring got to Central America) with metaphor (the captive macaw with his own need for flight from the coincidently  (or not) pursuing immigration officer). His crossing of the border at Melchor de Mencos recalled my own same crossing ten years ago. I liked this chapter/story very much.

The final chapter entitled “Monastery” is at one level the account of Halfon’s escape from gong to his sister’s wedding instead going to the beach with Tamara, an Israeli girl he had once met in Antigua, Guatemala. In it he returns to his thoughts about walls as they pass the separation well between Israeli and Palestinian areas. He recalls the various stories of how individuals escaped from Nazi persecution and death, surrounding themselves with walls of protective lies, dressing up as Germans (his friend’s grandfather), Catholic Christians (the family of Polish writer Jerzy Kosinski), taking false names and identities, including the touching story of a Jewish family who transformed their boy in to a Catholic girl and left her at a Monastery to be the only one to see out the war safely. “A wall is the physical manifestation of man’s hatred of the others” “ A wall is never bigger than the spirit it confines”.

ashramblings verdict 4* - I think that Halfon’s writings are quite distinctive and ripe for academic analysis, but they still make for a very interesting read because of their individuality whilst addressing issues we all have in common, namely one of identity in a global world. I look forward to more being translated into English.