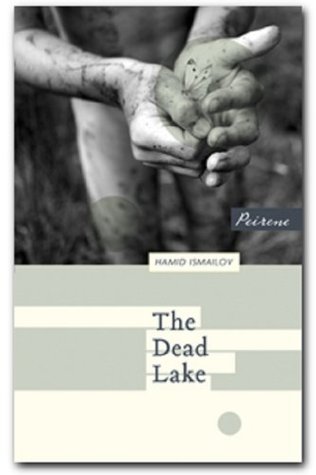 I've recently been introduced to the Peirene Press and their series of translated short, under 200 page novels. This is the first one I have picked up to read although I have had its write, Uzbek journalist Hamid Ismailov on my to be read list for sometime having come across his name via the BBC World Service where he worked following his exile from his homeland of Kyrgyzstan. As with all translations I check out the translator as well. This one is by Andrew Bloomfield who I then noticed had translated several other Russian, Ukranian writers including the sci-fi series by Kazakhstan born Sergei Lukyanenko beginning with Night Watch which I listen to on Audible some years back,a sort of vampire storyline set in modern day Russia, good v evil, light v dark story.

The Dead Lake of the title refers to the environmental impacts of the Soviet block series of nuclear tests carried out at the Semipalatinsk Test Site (The Polygon) in eastern Kazahkstan between 1949 and 1989  and Chagan Lake formed by a blast and often called the world's most dangerous lake.

The book tells the story of a young boy Yerzhan who grows up in a community of 2 families manning an isolated railway stop, who makes his living selling to train passengers, and plays the violin well. But all is not as it first seems, Yerzhan is not the twelve year old he appears to be, because his growth has ceased. He is twenty seven. His life has been shapped by the Steppes and by the explosions, his isolation and the callous disregard of human beings as politicans sanctioned a race to out do America. The fact that the continuing impact of this still impacts Kazaks today makes the story all the more poingant. It is as gruesome as a grizzly fairtale, reads like a folk tale or parable. As Yerzhan's story unfolds to the unamed train passenger narrator we see the simple humanity of the members of those two families as the live, love, survive and die. Beautiful and sad.

( 100 books to read from Eastern Europe and Central Asia )