Settling in on the Eastern edge of the Thar Desert Jodhpur is the “blue city” of Rajasthan, it is pretty dusty, and when we were there full of flies. It is set spectacularly below the Meharangarh Fort, once the centre of the Marwar, a  principality dating from the late 1300s. 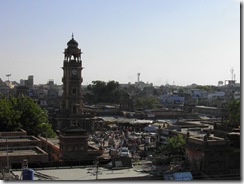 Its marketplace is dominated by a somewhat incongruous clock tower, and was unlike any other Indian market  I’ve seen – it was full of junk, second hand clothes, stuff most folks wouldn’t want. The undercover part was more like a souk, but the stall holders were particularly assertive to tourists and I can’t say I liked the town much at all. Once you’ve made the uphill climb, the Fort was however, something else. 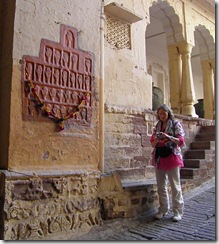 Beautiful jali lattice work covers the windows of the various royal apartments (dating from early 1700s to 19th century ones), passages and the Zenana or woman’s quarters (remember these women went into purdah in the old days) as they look out onto the various courtyards of the palace.

Among the various rooms was an incredible light show of a room, full of gold and glass, looking something like the inside of a tin box! which was seemingly a room for listening to music and watching dance (not sure about the acoustics) 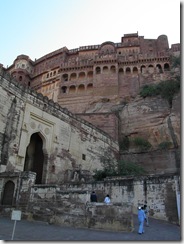 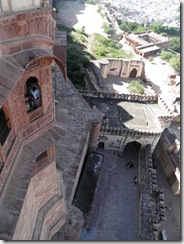 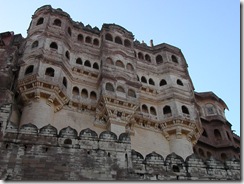 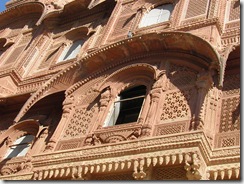 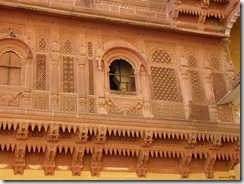 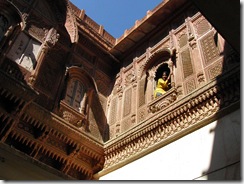 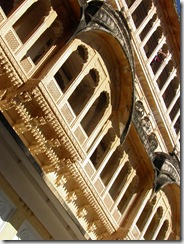 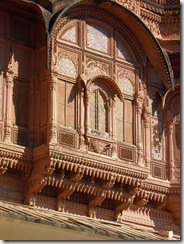 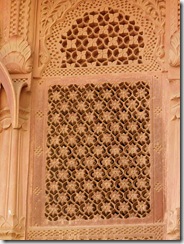 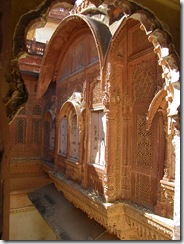 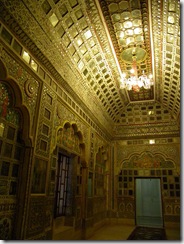 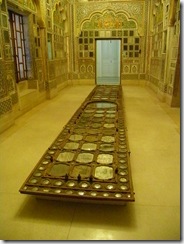 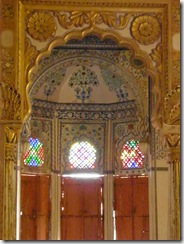 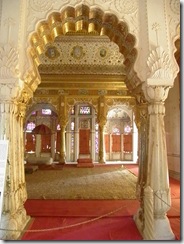 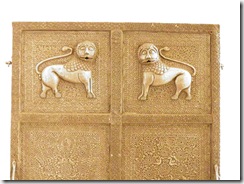 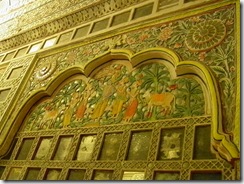 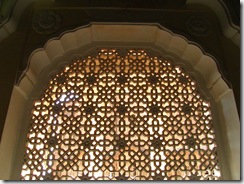 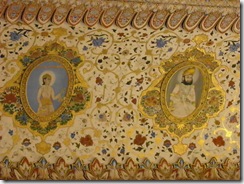 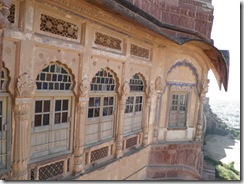 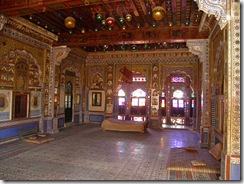 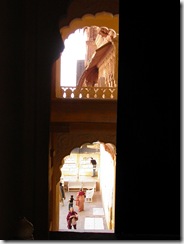 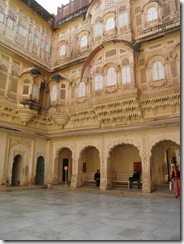 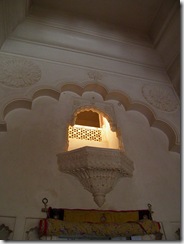 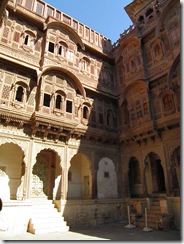